larry paul …is an award-winning artist who creates unique works of art using Prismacolor colored pencil, inks, and graphite. His art bears a talent that currently includes multiple series and sub-series of numbered “experiments” embracing impressionistic realism and abstract expressionism drawing styles. From impressionistic old doors and windows, realistic plant drawings, and expressionistic interpretations of sunsets and volcanoes, larry paul‘s art derives from decades of studying and photographing the natural world’s effects on human-made objects, the beauty of decay, the complexity of the philodendron plant, and getting inspiration from walking the beaches of Florida’s west coast searching for shark teeth.

Though larry paul temporarily set aside his earlier LP Frey artistic endeavors by the early 1990’s, he has now re-emerged into the art world with boundless creativity and technical skills that appear to transcend his earlier creations.

larry paul draws out of his self-designed studio named Creative Art Studios, originally founded in 1988 as a Florida corporation, and is located in Bradenton, Florida near the Gulf Coast of Mexico. He is originally from the Detroit, Michigan area. Order larry paul’s new book of his art, “The Colored Pencil Artwork of larry paul” at Amazon.com.

The artist’s work is found in several private collections. 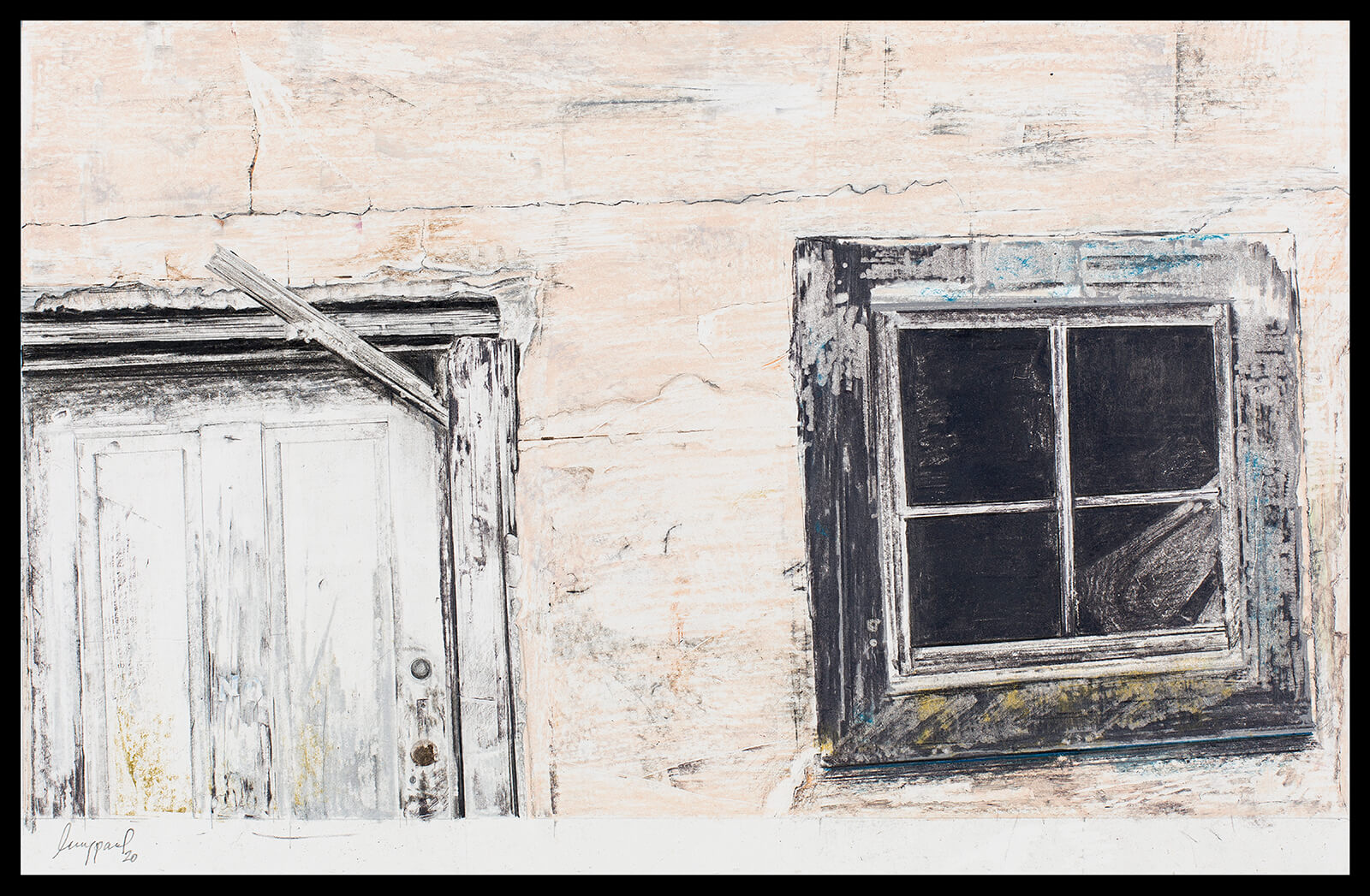 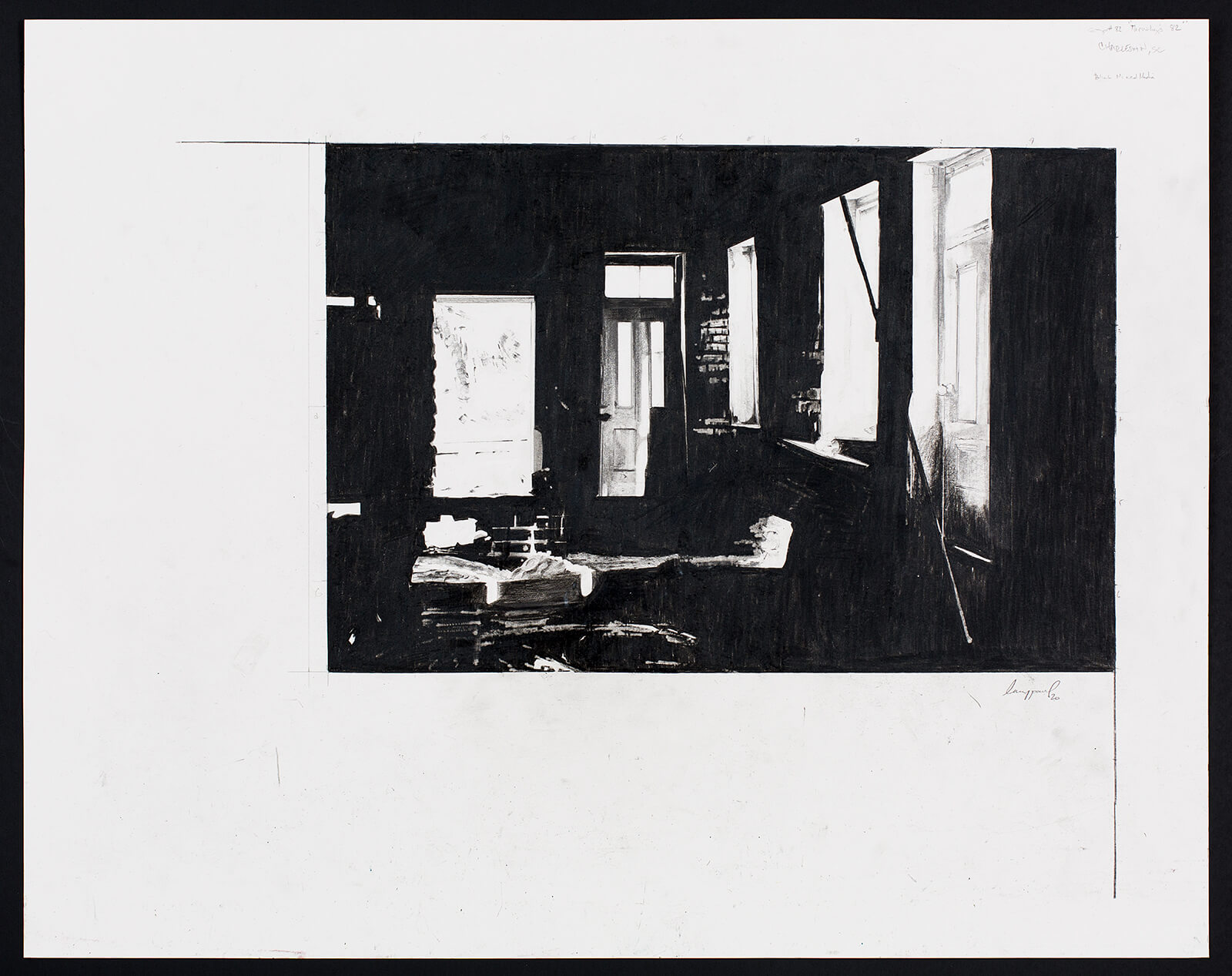 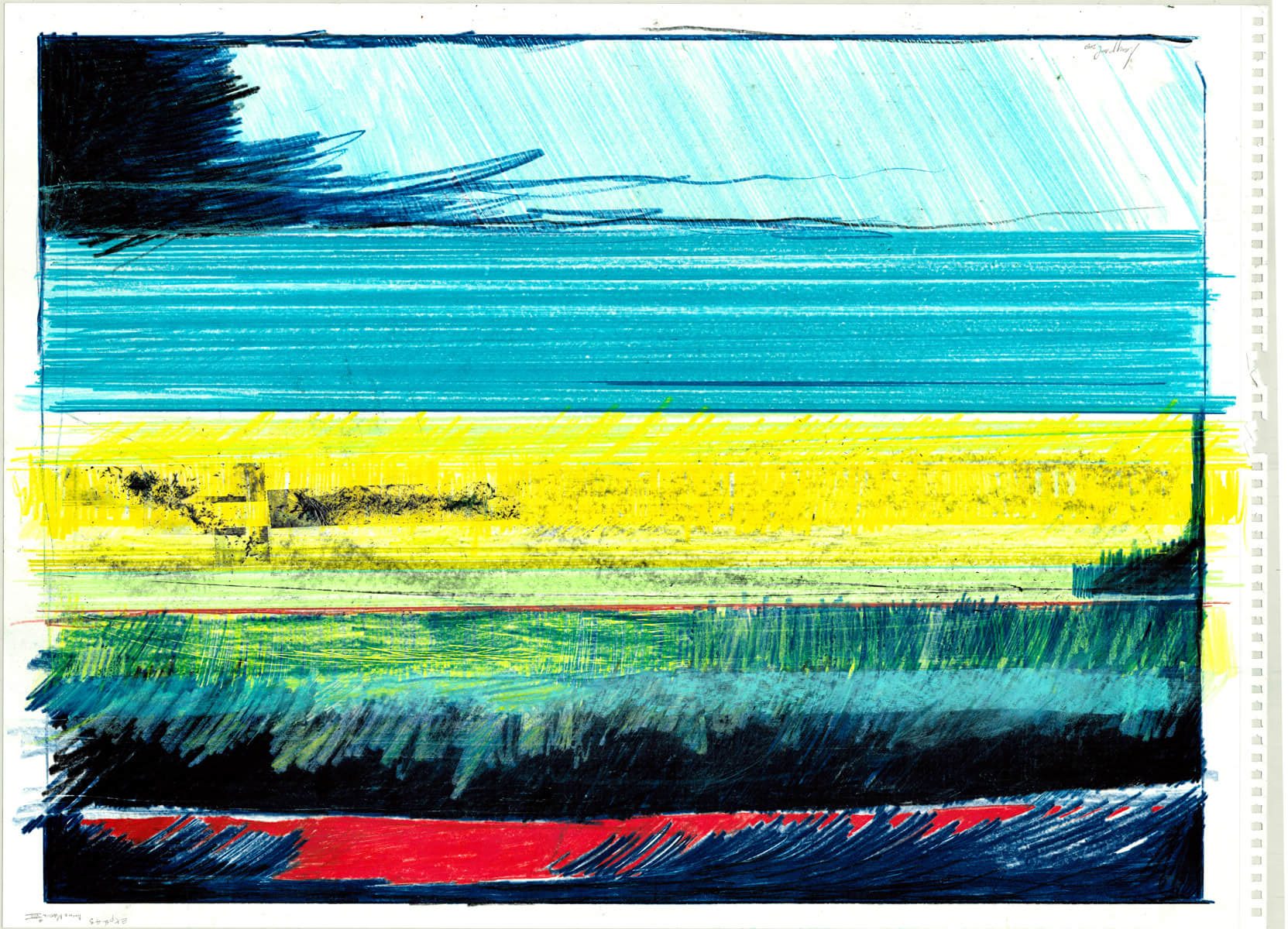 larry paul’s subject matter varies to include some of his favorite themes. In what he calls a thru things® concept, he portrays old, decaying doors, windows, and other openings in and along buildings and structures that offer interests of patina beyond their age alone. Sometimes, façade-centric or bustling urban street scenes become the preferred subject, some of which the artist will sign his work using his earlier LP Frey moniker.

The artist also has a fascination with the philodendron plant with its beautiful, complex and massive leaves, and its ability to afford depth of contrasting light and shadows. The essence of sunsets and volcanic skies are deeply inspired by frequent visits to Anna Maria Island and Cortez, Florida, or his gazing at the backdrop of the glowing Kilauea Volcano on the Big Island of Hawai’i where he served as a ranger for Hawai’i Volcanoes National Park. Finally, his abstract active “angry” thematic drawing expressions can be interpreted in different ways by the observer and present bold, emotional movement, erratic and involved expressive tone, and strict color contrasting and overlapping. 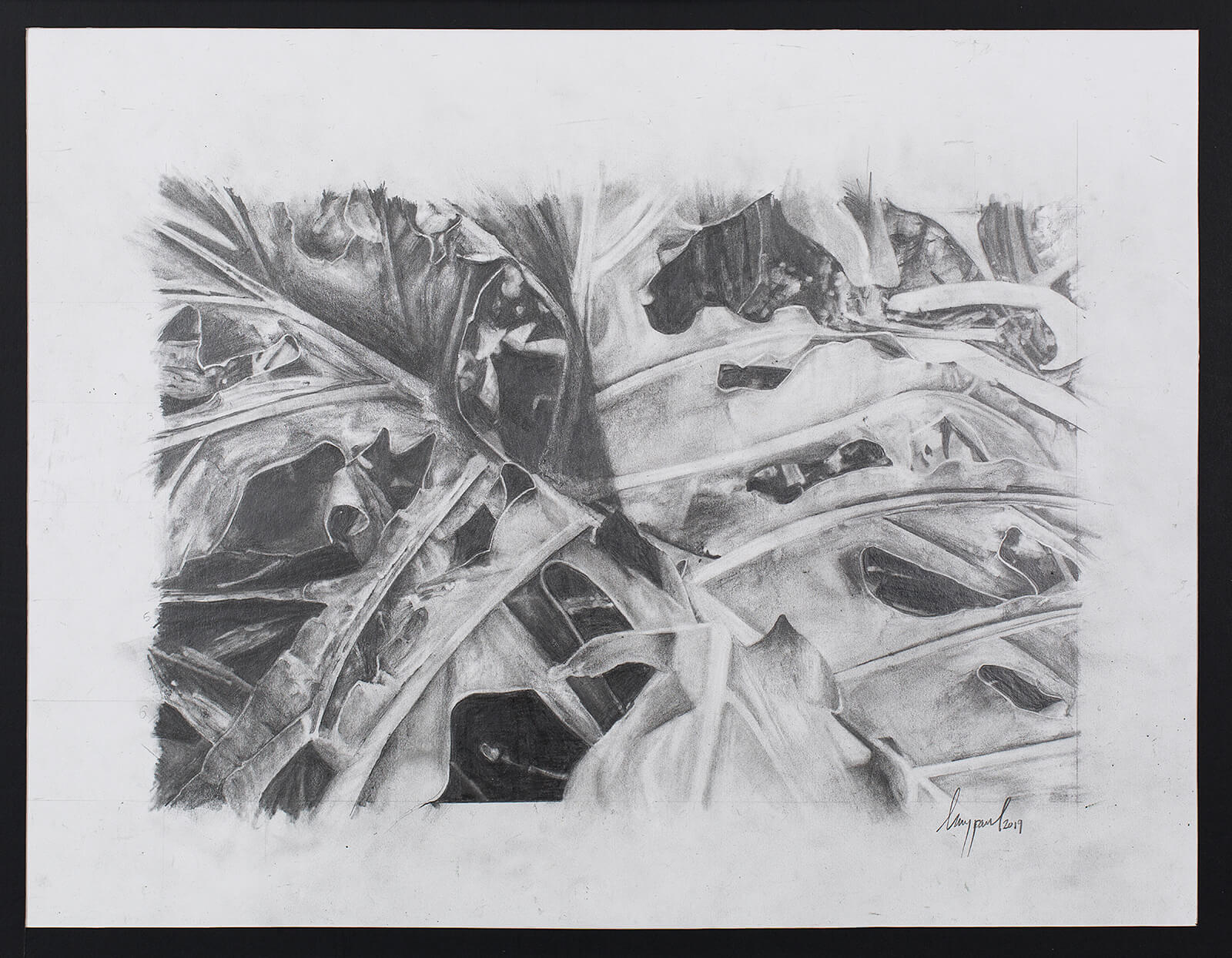 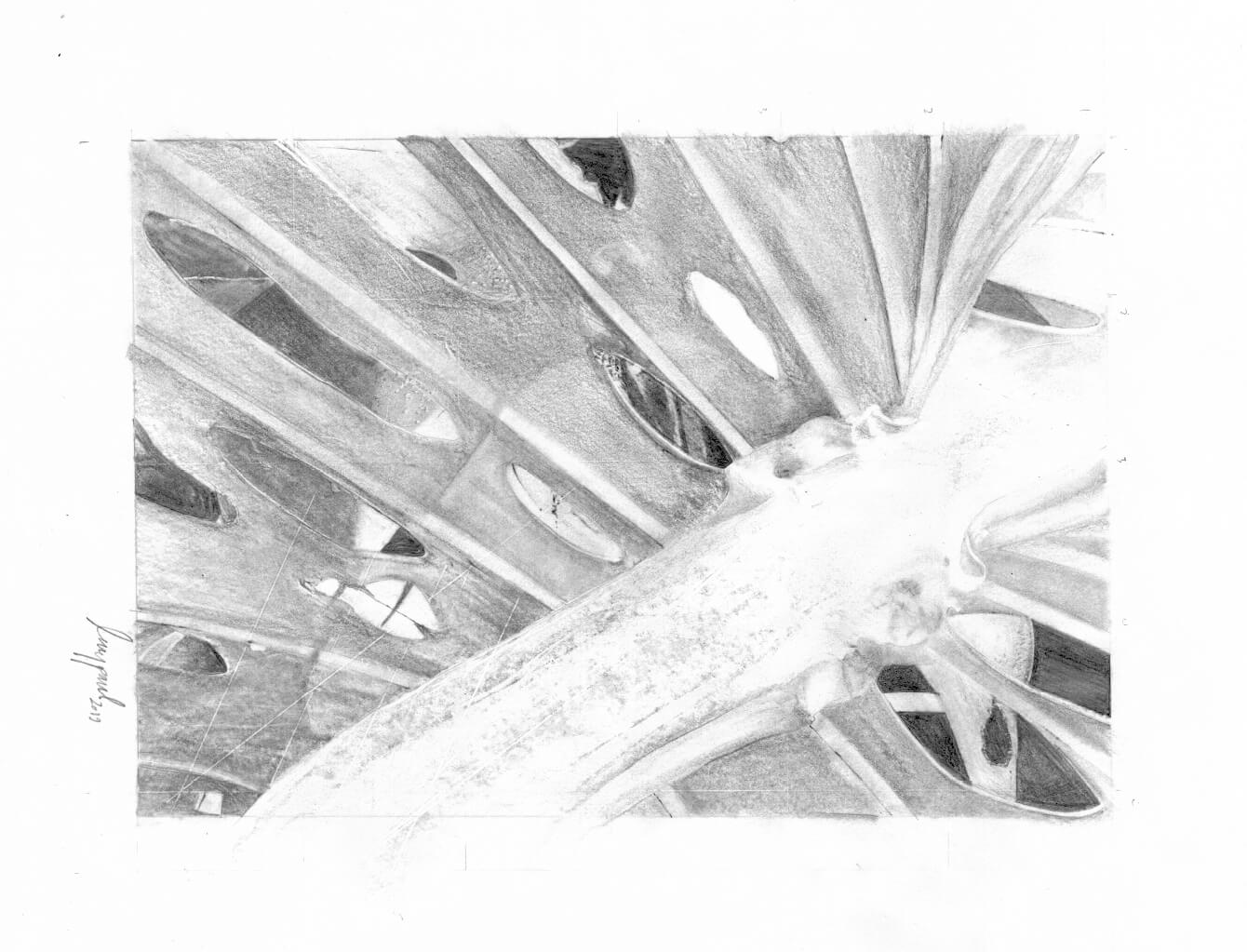 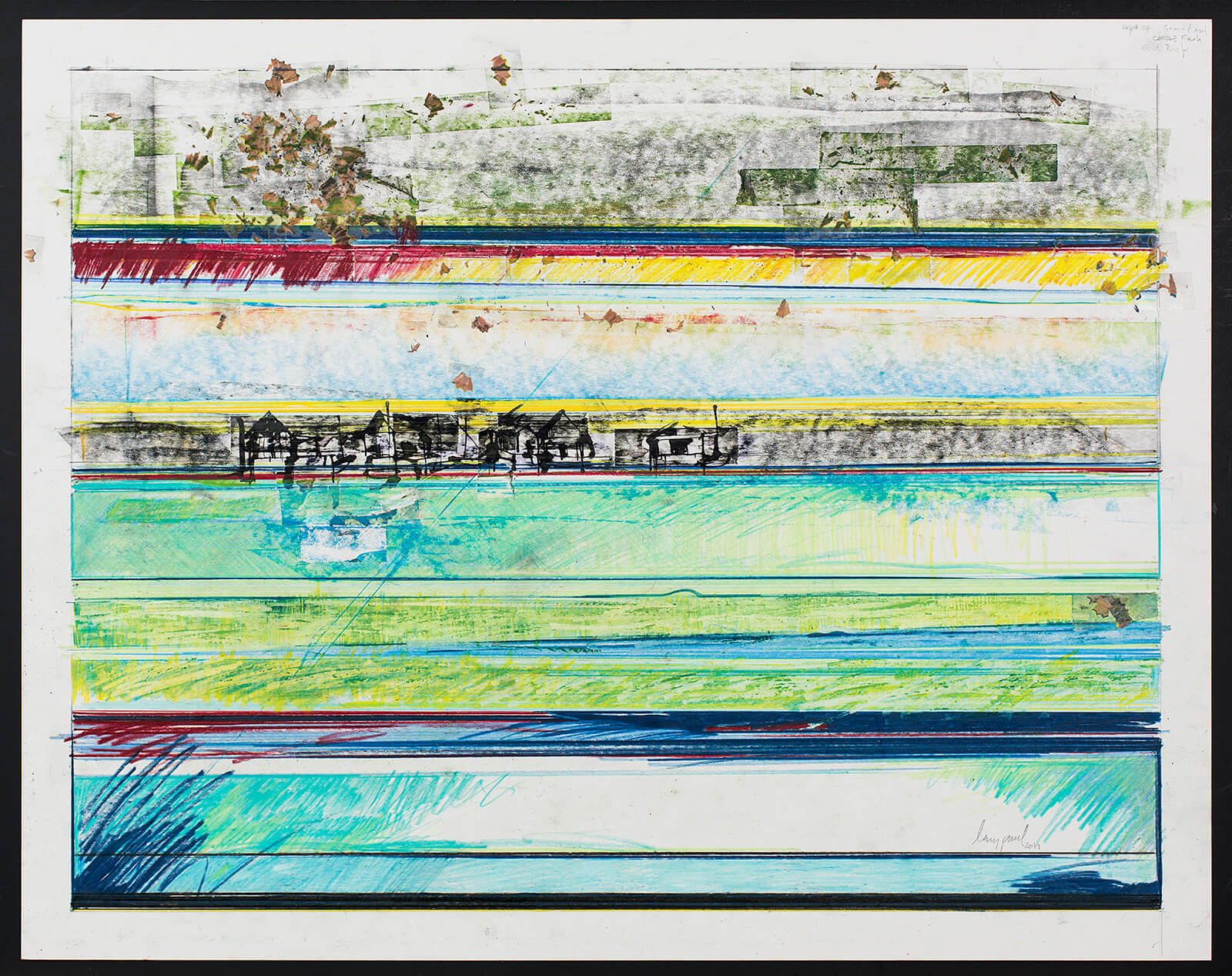 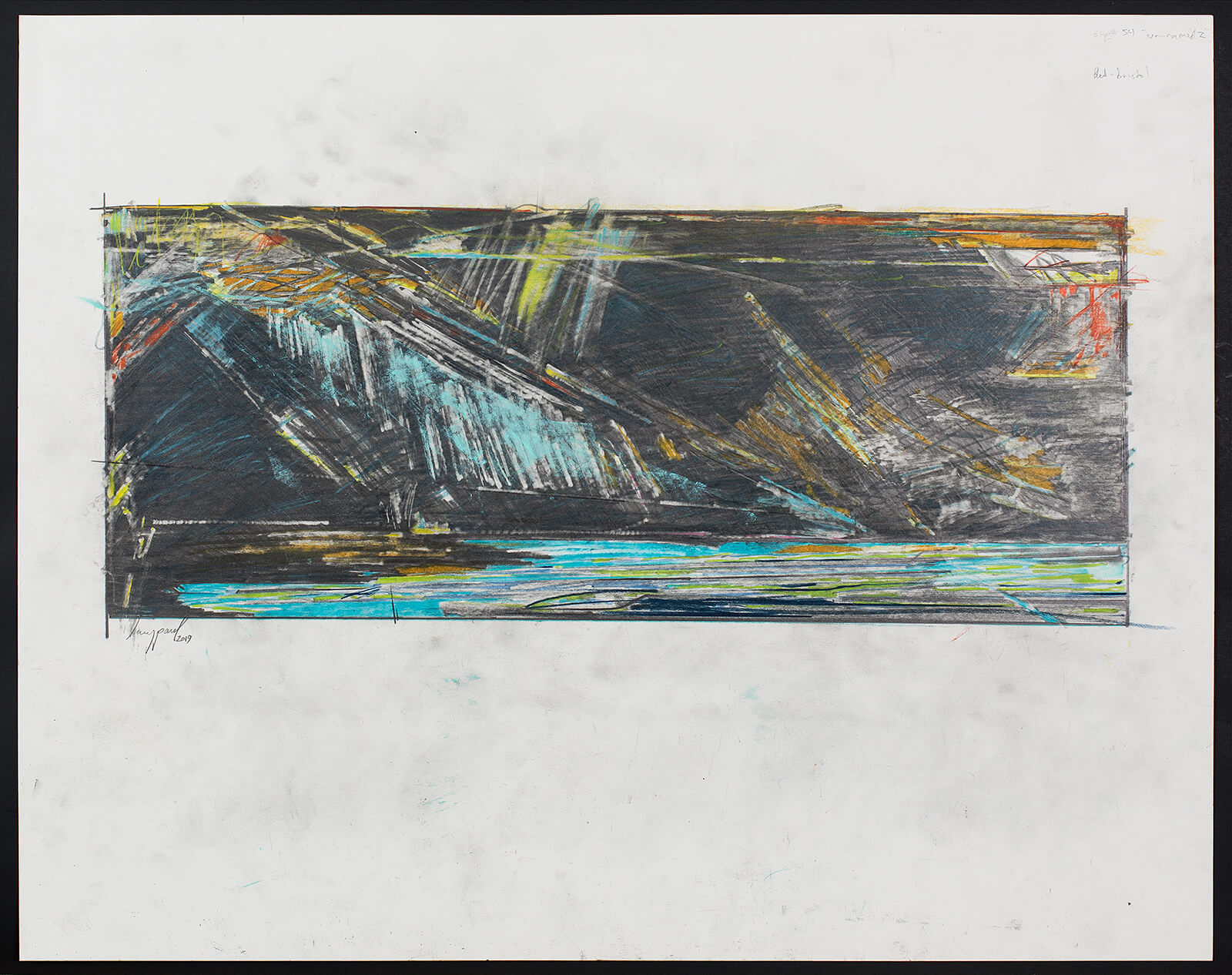 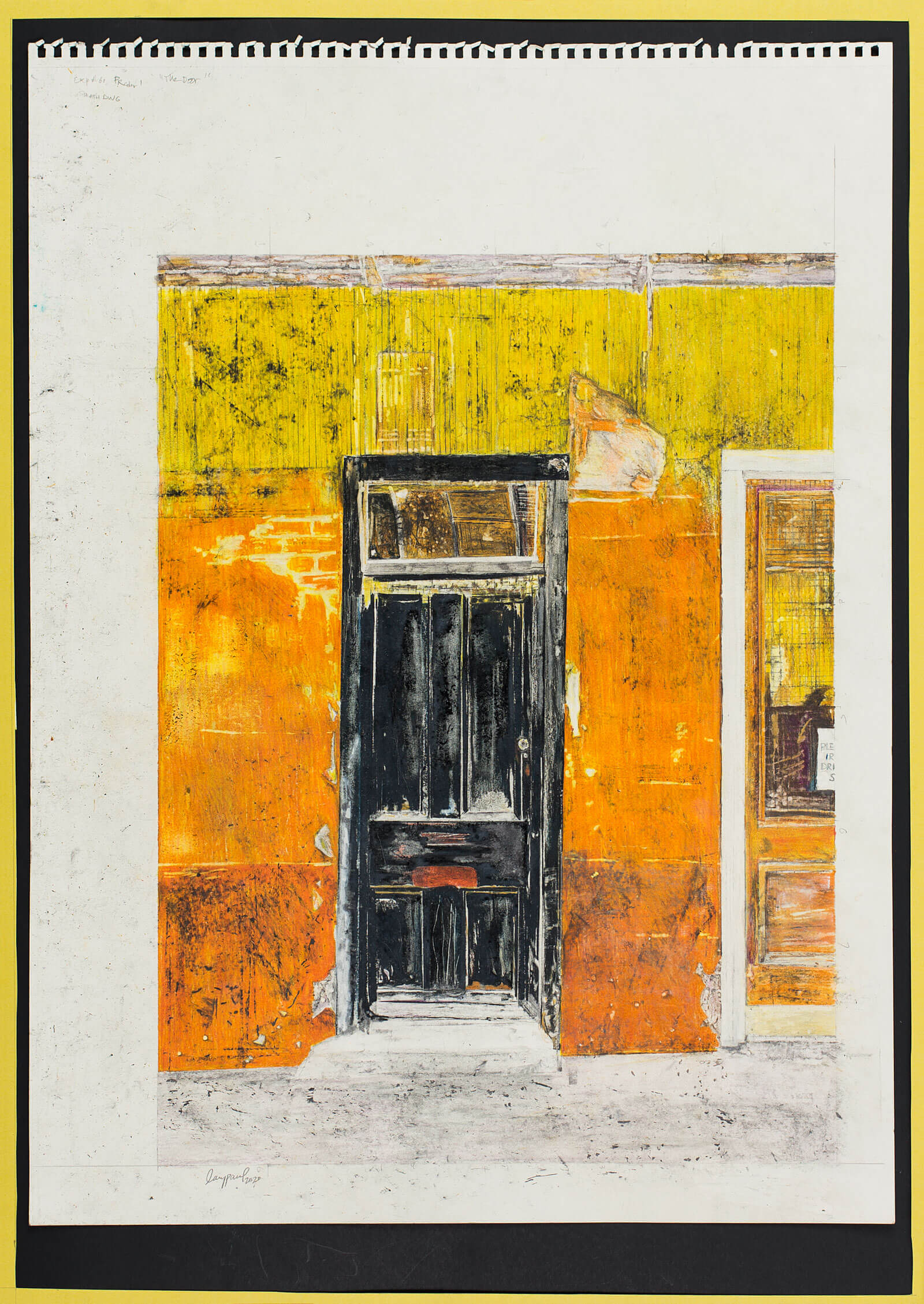 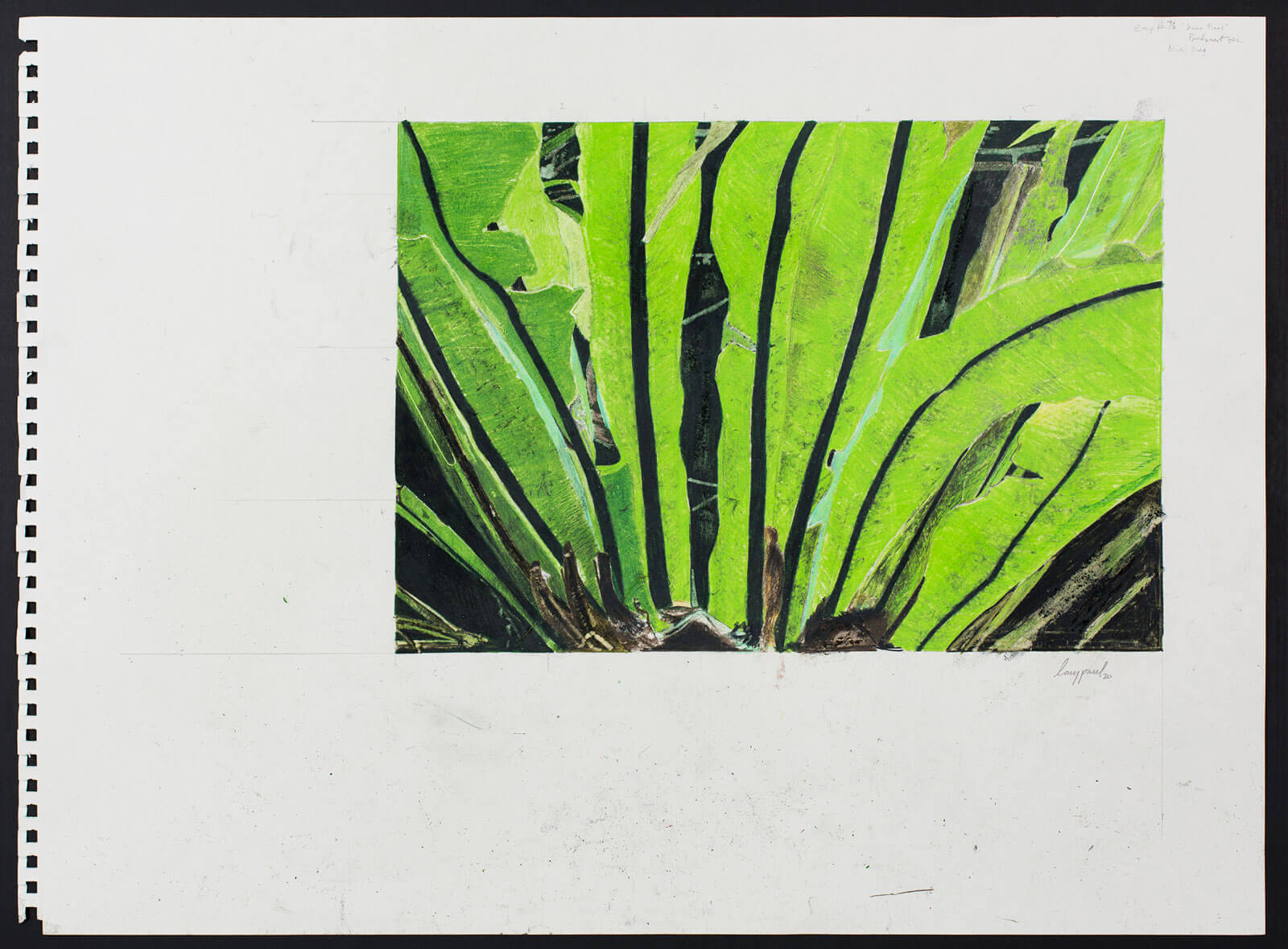 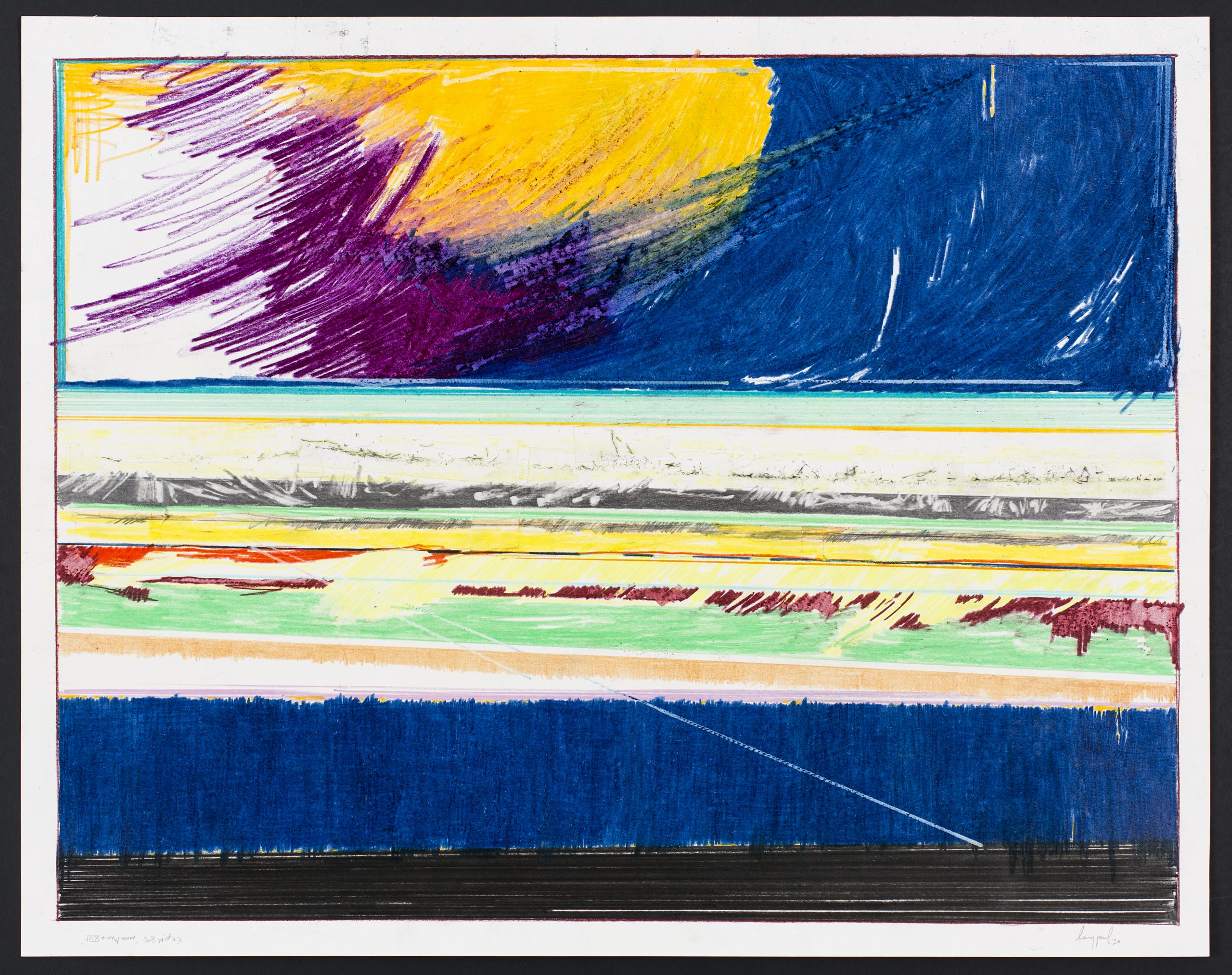 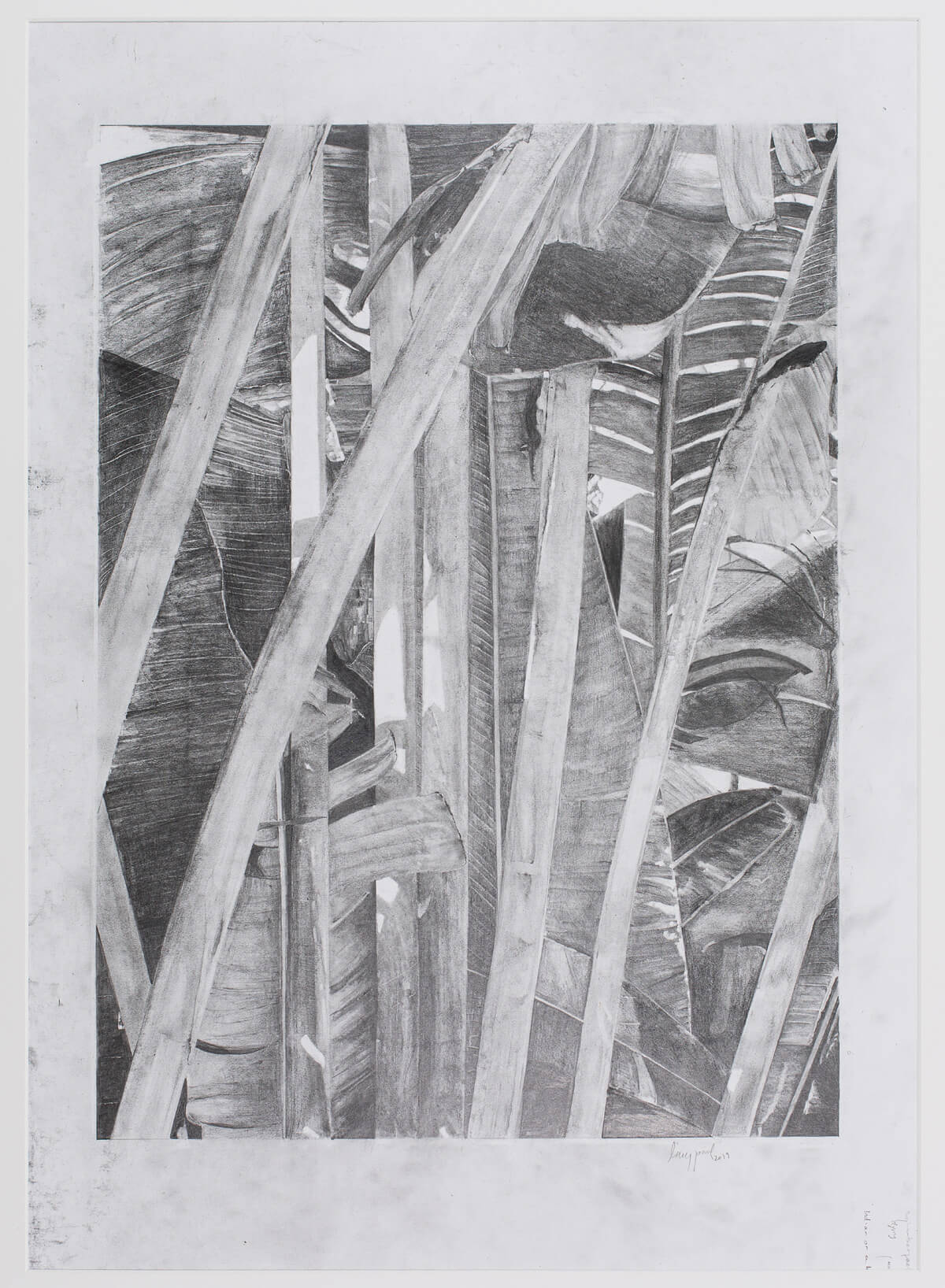 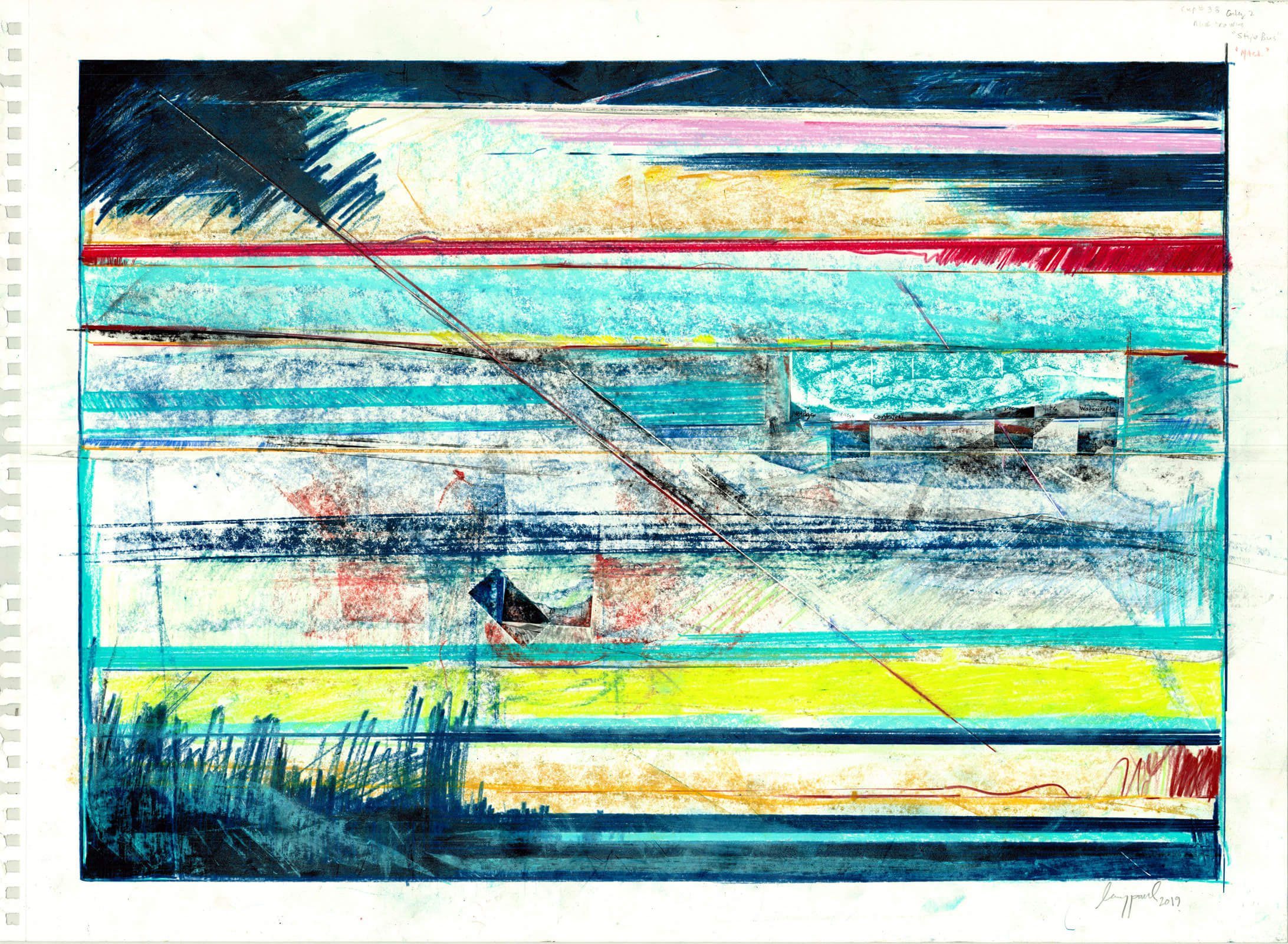 Artwork by larry paul may be available for sale as an original, signed artist proof, or signed limited (9) edition print. Peruse the Gallery/Shop page for pricing and availability information. Once there, click on the icons to shop for an artwork or to obtain details regarding individual artworks. Or, feel free to contact the artist by clicking on the Contact page and filling out the simple form.

“Art…compensates for our flaws: our forgetfulness, our loss of hope, our search for dignity, our difficulties with self-knowledge.”
– Alain de Botton & John Armstrong

Art and Creativity as Therapy
for High Spectrum Autism

On the Blog page, larry paul provides insight on creativity and art while also sharing a discussion focused on using the foundation of art as therapy for those with Asperger’s disorder. An ongoing discussion of positive feedback and methods for enhancing creativity and using expression as one facet of calming high spectrum autism, even after late diagnosis of the disorder, are brought forward from the artist’s own experience. Your experiences are truly welcome, so please contribute to, or simply follow the discussion if you are interested.

A photographic collection of master works by larry paul is available in hardcover on Amazon.com.